"I am an active participant in my life and that involves not always doing what society says I have to, in order to not stand out."

Several of my family members have asked me "What is Boho Hobos?". Well, obviously it's the name of my blog and facebook page, but what does it mean? For starters, I liked the play on words. BoHo and HoBo...the letters are switched around in case you've never noticed that before. Also, I thought it was a pretty accurate description of who we are.

Boho is short for Bohemian, which is defined via Google as:

We are not natives or inhabitants of Bohemia, but I do feel that we strongly resonate with the second definitions. Even long before we became full-time RVers, we were a bit different from what society deemed as "normal". We had a few tattoos (though not many), a decent amount of piercings (I alone had 22 when we met), we were a strange mix of rocker/punk/skater/goth. Nic was a high school drop out who went on to get his GED. 10 years later he re-enrolled in college and got not one but 2 Associates Degrees (both with 4.0gpa's). I graduated from High School (with a not-too-shabby gpa of 3.0...which was impressive, considering I pretty much barely passed my core classes the 1st 3 years of High School. I was too busy socializing.). I was accepted into the University of Northern Colorado at Greeley, but dropped out 6 weeks later due to some family issues and my being homesick. I originally majored in Psychology, but my heart was more into Performing Arts (I wanted to be in Music Theatre)...so it was probably for the better that I dropped out. I couldn't make my mind up. I also realized that I most likely wasn't going make my way through life singing and dancing...although it sure feels some days like I still do, lol!

None of the 4 of us like being told what to do. In fact, we have been known to intentionally do the OPPOSITE of what someone told us to do, just out of spite. I realize that isn't a good thing (sometimes), but it's just in our natures. I suspect we will both have our hands full with our girls in the future because they are very much so like the two of us. As much as we try to lead a peaceful existence on this planet...harming none along our way, I also think our opposition to many things is  one of our greatest qualities. When someone pushes, we like to push back. We're fighters and we don't take crap from anyone. You will not walk all over us or treat us like doormats. If you wrong us, you will know about it. Back in the day, we handled things in more of a physical way, but thankfully, we're too old for that behavior now...well, I am at least. (I've calmed down a lot since my High School days. Having children has helped a lot in that department.)

We throw convention to the wind. I am Vegan (mostly organic), our girls are mostly Vegetarian (Cindy leaning more Vegan) and hubby is a good ol' meat eating man (whom occasionally will consume Vegan food without judgment or distaste). We approach life from a naturalist point of view, always remembering to "Tread Lightly" wherever we go. Our girls are little Yogi's that love to hug trees and recycle. We had our second baby at home AND in the bathtub. We Homeschool and now Roadschool because we live full time in an RV. We get to travel this country allowing our children and ourselves the opportunity to learn first hand about everything they want. History, Art, Science, Social Studies, Math, Reading, Music, Culture, Folklore, and even exercise are all incorporated into our travels. These kids will see, learn and experience things that no child in a classroom will ever get to do (unless they get out of there, too). They make friends all over the place and learn social skills from interacting with MORE than just children that are their same age. Now, to get back on topic.

A Bohemian is someone who has "informal" social habits. The definition of informal, according to google is:

I guess our social habits can be taken as "informal". Although, technically, wouldn't anyone's be informal? Relaxed, friendly and natural are all approaches I take when making new friends and while interacting with old ones. Is there a different approach? I suppose we could all walk around as zombies or robots. "Hel. Lo. Would. You. Like. To. Be. My. Friend?" In regards to "unofficial style", I have been known to just saunter up to someone, strike up a conversation and if they respond I won't shut up for the next hour. On the other hand, if I say "Hi" and someone blatantly ignores me, I get pretty wounded and woefully walk away wondering what I did wrong. Obviously saying hi was a bit too much for that person, lol. Maybe they're more "formal" in their social habits, hahaha. Would that be considered unofficial? Are there right ways and wrongs ways to make new friendships? Where the hell is the rule book?

A Bohemian is someone who has "unconventional" social habits. The definition of unconventional, according to google is:

I go through periods quite often (sometimes quite lengthy periods, too) of seclusion, anti-social behavior and reclusiveness. My closest friends can vouch for that I'm sure. I am a Cancer after all, and sometimes I just need to hide inside my cozy shell while I take a break from the world. I utilize that internal alone time to focus on my family or especially myself. I write more down. I may either blog more or actually, physically WRITE in my journal. (I do miss the days of writing poetry. It seems like I've had poetic writer's block since I was 18.) I also like to create lots of things during this downtime. I get very artistic when I cut myself off from society. I guess I can only devote all my energy and power to one thing or the other? Friendships or Creativity...you pick.

Perhaps that can be construed as "unconventional"? I have had very deep conversations with Tiger and Mouse as to why I will one month talk to them constantly and then for the next 6 weeks...or even 6 months, they won't hear a peep from me. When I come back to the real world, we luckily have the mad skills of picking right up where we left off, thank goodness. I really believe that is only possible because Tiger used to be just like me when she was younger and would go through the same thing, and Mouse STILL does it. They understand and get me and that's an irreplaceable quality in a best friend. I love you guys.

Lastly, just to make my next point clear, how about the definition of "Conform", according to google:

I'm pretty sure if you know us well, that I don't really need to dive into this one all too deep. We'll just say that Us+Rules=? I'm pretty sure that the only time my Husband plays by the rules is with his job...and that's probably cuz the majority of them are his. As for me...the only rules I follow are his, mine and the ones that'll keep me outta jail. The "rules" that are established by societal norms, I could care less about. I am an active participant in my life and that involves not always doing what society says I have to, in order to not stand out. I could care less about your stupid rules. Call me an outsider. Don't like me. It's your loss. So what if I'm a black sheep? I've always loved that color.

To conclude, we live an alternative and UNCONVENTIONAL life and love every minute of it. We are not your normal "folks next door", but probably some of the nicest, craziest and most fun ones and we do love us some informal gatherings. We have been known to change our minds a million times before we solidify our final answer. We like to sideways walk our way to the goal. We take the detours life throws at us as a lesson and try to learn as much from them as possible. We don't take the path that everyone else takes. We don't even take the path less traveled, lol. We make our own.

I don't care much for labels, but boho and hobo are fun words, a nice play on words and they do come pretty close to illustrating the people that we are.

To me, boho means different, unique, out of the ordinary or perhaps even eccentric. By that definition, our lives, style, home, friendships, clothing, music and choices all completely encompass that which is "Boho". 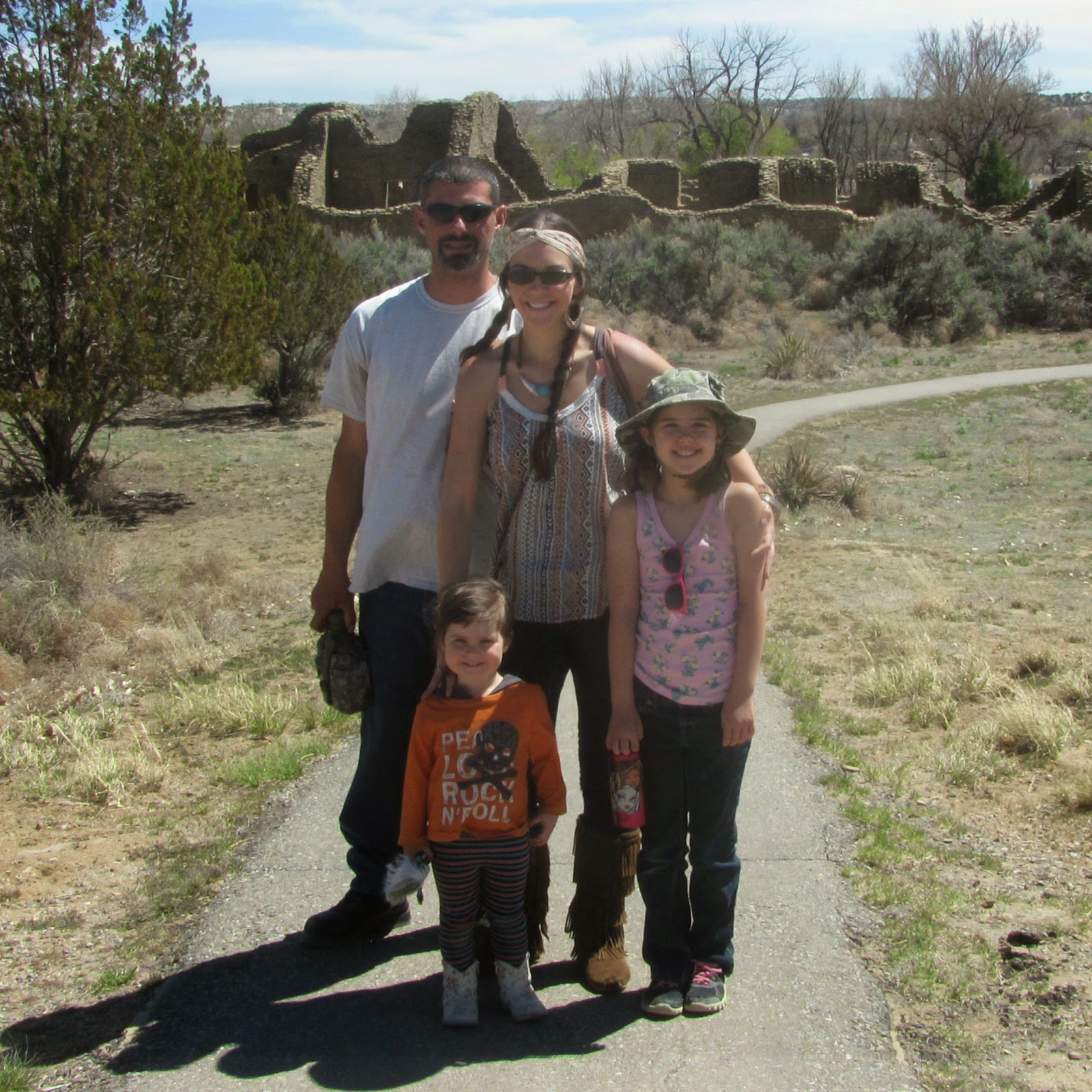