We’re moving back into Hope!!!

Remember last month when I said that Nic wouldn’t be leaving anymore? As much as I WANT to believe that, I know better. I have no animosity towards his company for taking him away. In fact, I love them so much after everything they have done for Nic and our family…and for what they continue to do…but, I understand how they operate. Honestly, I think they hate sending him away…especially after they promised he wouldn’t be long term traveling anymore…but such is life. They’re VERY good people. They’re so good to my Husband…even IF they keep taking him from me, lol…so hopefully my solution will work out in the end.

I suggested we get the hell outta our house and back into our RV. That way, if he needs to hit the road again soon, it won’t completely devastate all of us. We can go back out together and then the problem is solved. I love solving problems.

Oh yea, speaking of problems…we have the matter of our 6 month lease to figure out. 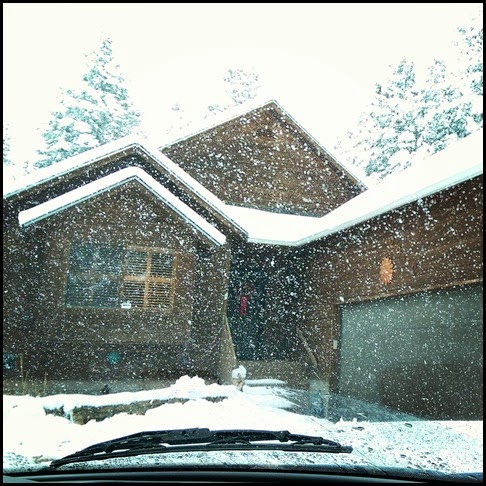 Well, as it turns out, my Landlord HATES being a long distance Landlord. He’s a very hands on, Mr. Fix It kind of guy…and it kills him every time something goes wrong, but he can’t just pop on over to help out. So far, we’ve dealt with the broken dryer, broken fireplace, and the dishwasher going out on me. All while MY handy Husband was out of town. Go figure. Apparently, it was an important lesson to him, so after talking with me, and hearing how desperate we were to break our lease and go back on the road, we came up with a solution.

He was gonna sell the house.

This began back in February. I did about 5 different showings during these past couple months and it was honestly, quite taxing on me. Even though he pleaded with me not to go to great extremes to clean the house…that just goes against my nature. I am a neat freak and I can’t show a yucky house. So every weekend, I made sure I had no plans, that the house was spotless, and that my girls were angels. After 2 months of that, it wore me down and I told him I couldn’t do it anymore. I said we would finish out our lease, show the house to new potential tenants in May and just leave on the 31st. He said he had one more couple that wanted to see the house, then if they didn’t work out, he would take it off the market. I agreed.

Those people actually bought it.

…our truck to take a giant ca-ca on us.

So, even though we were officially allowed out of our lease on April 17th…we barely made it to the RV park down the road with our crappy truck. On top of our bald tires, completely worn down brake drums and a broken water heater…I also broke the 4wd on moving day. There was a freaking blizzard and 2 feet of snow on the highway that I got stuck in. While trying to get our truck unstuck, something snapped loudly. Nic wasn’t thrilled. He got it unstuck and we all made it safe and sound to our destination though. 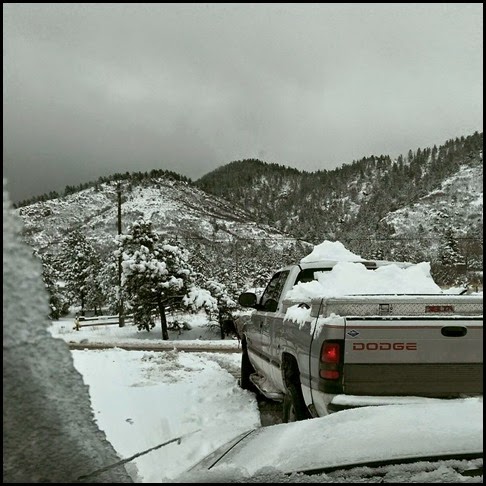 So NOW, because we have an even brokener (so not a word, lol) truck, we aren’t hitting the road just yet. BUT, we’re out of our…what we thought was…dream house…and back into the home where are hearts TRULY lie.

And that’s what REALLY matters, isn’t it?

Here we are tucked behind that tree on the right. 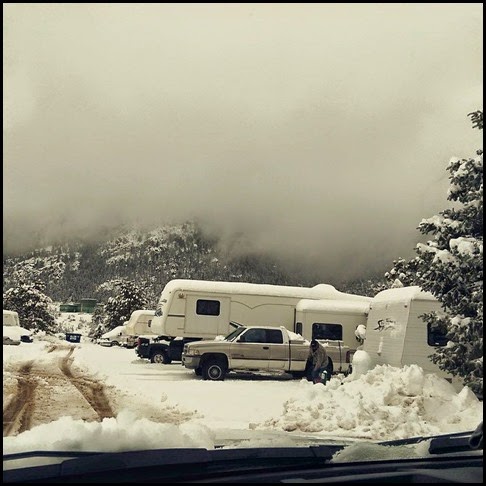 We have some awesome renovation plans for it this time around…

Would you expect any less from The Boho Hobos though?

Stay tuned for those posts, scenic shots of the mountains…with snow one day and without it the next (until we get outta here) and all that jazz!

Thanks for following along with us on our family’s wild journey!