Colorado! It’s Good To Be Back!

We’re on a journey from Virginia to Arizona for my Husband’s job. Work requires that we be to Phoenix by the 18th, so we’re gonna take some time to see our family and friends along the way. So far we’ve driven through 9 states, and we’ve still got 3 to go.

Literally ,the second we crossed from Kansas into Colorado, we were quickly reminded of how “intense” Colorado can get at times. I would love to show you a picture of the state sign as per the usual, but we never were able to see it. In fact, we couldn’t even see 2 feet in front of our truck.

Seriously, I have encountered all kinds of crappy visibility fog throughout my life in Illinois and Colorado, but this-by far, was the THICKEST fog we have ever seen in our lives! Pretty much the second we crossed into Colorado, we dropped our 60-75mph speed down to probably 30-35. We couldn’t see to save our lives. The semi’s were flying past us. They were either incredibly stupid to be going that fast or perhaps they had psychic super powers enabling them to go that fast knowing there were no hazards up ahead? I’m gonna go with stupid on this one though. The second one of those guys went flying past us, they would completely disappear at just 1 car length in front of us. No tail lights. Nothin’.

I was terrified. I was pretty sure we were going to die. Now, I know I’m dramatic and I was shocked that the drunk drivers in North Carolina didn’t kills us, and the nearly blown tire in Northern Georgia didn’t kill us, or even the super wind and rain in Kansas didn’t kill us…but I’m AMAZED that we didn’t end up in a collision with a semi in Colorado, due to that freaking fog! Whew! It was scary. Just take my word for it. I was praying the whole time and I don’t pray.

By the time we hit Limon, CO, the temperature was a freezing 28 degrees (thanks for that Colorado). We were in the 40’s in Kansas and I was whining about that! I dug all of our winter coats out, asked Nic if we should just boondock for the night at that Flying J gas station and drive the last hour to Colorado Springs in the morning, but we decided against it. Our battery for the RV wasn’t getting enough charge from our truck, therefore our furnace wouldn’t be able to kick on, and if it DID by a mere miracle, it wouldn’t stay on for long. Before you ask, our generator needs repairs, so it currently doesn’t work. There was no way we wanted to spend the night in a 20-some odd-degree RV. We made our choice, and luckily just a few minutes later, the fog cleared enough to be able to see at least 5 car lengths in front of us.

That was a good thing too, because once we were on Highway 24, some stupid drunk driver was swerving all around behind us, passed us in a no-passing zone (fortunately sparing his life…for the time being), and flew ahead of us. There was no time to get his plates, and honestly, we were just relieved that he was way ahead of us and no longer a threat.

Well, as it turns out, about 15-20 minutes up the road, we started to see a bunch of emergency vehicle lights in the distance. There were so many cops, a couple fire trucks and an ambulance. I looked off to my side of the road, and the car that had wrecked (there was only 1 vehicle) was nearly unrecognizable. I’m pretty sure though, judging from the color, that it was the drunk a—hole that had passed us. I’m sorry he/she wrecked, and I highly doubt from what I saw that they lived through it…they were getting the jaws of life out to retract the individual(s). The car looked like a boulder landed on top of it by how smashed it was. I’m pretty sure no other vehicles were involved and that makes me happy at least, but it was still a very unfortunate situation.

*Side note* If you’re gonna drive drunk, you suck and I hope that your poor decision doesn’t harm someone else.

After we got past all that crap, we drove another 20 minutes or so and we were FINALLY coming up to Colorado Springs. Ahhh, such a beautiful sight. I love seeing the entire city lit up with all it’s lights and such. 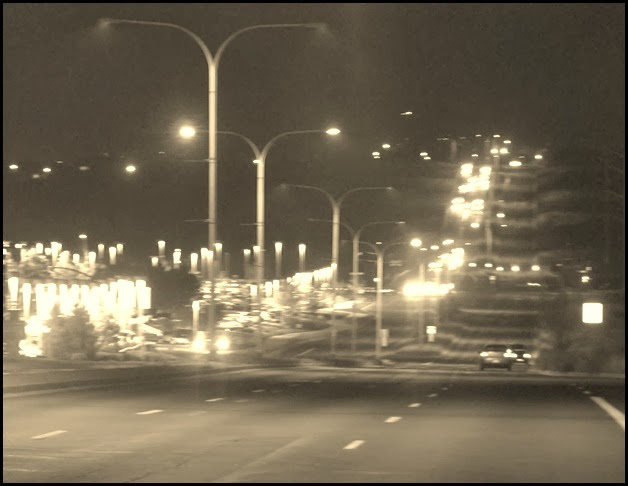 In the morning we awoke, and stepped out to see this. Now there’s a sight I never tire of seeing… 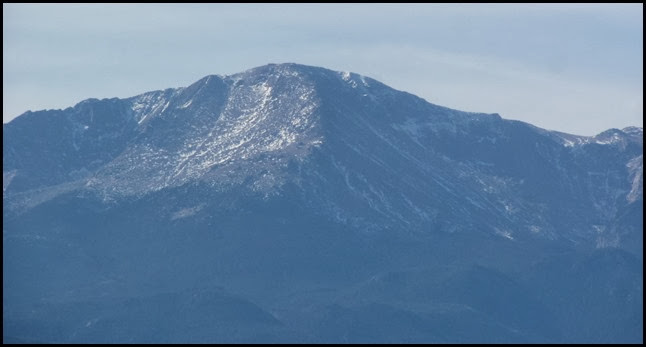 Those mountains are so majestic. I love the power that just radiates off of them! It’s incredible and there really are NO words to describe it.

Anyways, we’re boondocking at my in-laws for the week and enjoying their hospitality. We had a bit of drama, but we’ve gotten over it since. I will just say, that it’s good to know who the people are in your life that DO CARE about you. You grow to love and trust some people just to have them destroy your spirit (or your kid’s spirit in this case) and unfortunately you all find out their true colors. It’s such a shame and a pity. Oh well. In the end it’s really only their loss, not ours, so…..c’est la vie!!!