We’re traveling from Virginia to Arizona and are stopping in Colorado for a week or so to visit with our family and friends. We have to be to Phoenix by the 18th for my Husband’s job, so in the meantime, we’re going to take full advantage of the time we have with our loved ones.

We arrived in Colorado a whole day ahead of schedule thanks to my Husband’s driving endurance. We weren’t supposed to arrive until Tuesday night, but got in Monday night instead. We spent all of Tuesday lounging around, and trying to relax, but really, we wasted the majority of the day arguing with a couple of people that turned out to be not worth our time.

I always say that everything happens for a reason. We were meant to come to Colorado to not only see our loved ones, but to also learn a few important life lessons. I’m pretty sure that’s what they were at least...

The problem: Some people can be real jerks.

The lesson: You can’t do anything about that most of the time and life is short, so…get over it. That’s life.

So that’s what we did. After my daughter was emotionally wounded by 2 people that she loved and thought loved her, I explained to her that we can spend our time back in Colorado crying about who we CAN’T see, or happy about who we CAN see. She cheered up as we named off who DID want to see us. Her Grandparents, Auntie Tiger, Uncle Jedi & Cousin M&M’s, her best friend and her parents’ friends that adore her and her sister. These are people that truly love her and she knew that. Luckily for me, the thought of that brought her out of her slump…thank goodness too, because I was fresh outta ideas to fix what went terribly, terribly wrong for our little girl.

Seriously though, as a side note: Don’t get kids involved in the middle of adults’ B.S. They should be allowed to be kids and shouldn’t have to deal with grown-ups’ indifferences.

There came a point in the day when we considered hitching up and heading to Arizona immediately. We don’t enjoy drama and had a real quick and easy solution for ending it. Was it worth all the crap we were putting up with? Should we just cut our losses now? Then I remember what I told MHG, and realized that we would’ve upset lots of our loved ones had we done that. No. Instead, I was gonna grow up, stop giving a crap about them, stop taking their bait and move on. I wasn’t gonna let my frustration with a couple of individuals ruin the rest of our vacation. Now, I ain’t gonna lie…it did take me the rest of the day to release the power they had over me, but eventually, I did and felt all the better for it. The remainder of the day was spent relaxing with Nonnie and Papoo after he got off work. Nic had a couple friends stop by and visit with him while he worked on the RV. He showed off all the damage we accrued from our tire dilemma in Northern Georgia. I knew we kept that shredded tire and broken fender for a reason. Later that evening, we enjoyed a delicious Italian meal cooked by Papoo, and crashed after a really long and emotionally exhausting day. We were determined to not let the rest of our trip be ruined by mindless drivel.

The good news, is this was fortunately the only drama when encountered while back. From here on out, the rest of my blogs will be positive, uplifting and fun…I promise. :)

The next day we awoke refreshed and ready to attack the day head on. Nic did some more work on the RV while the girls played with Nonnie. I had some essential shopping to do while in town. There are a few stores in Colorado Springs that don’t exist anywhere else in the U.S….and of course they’re my favorite stores. As the evening approached, Papoo got off work and drove me and the girls to our friends’ home. Nic was headed there separately after spending some time with a different buddy across town. It had been a long day for the girls, but they really wanted to see Uncle Jedi, Auntie Tiger and their cousin M&M’s. Papoo was going to take the girls out to eat for “free-pie-night” at Village Inn for dinner, just him and his girls. 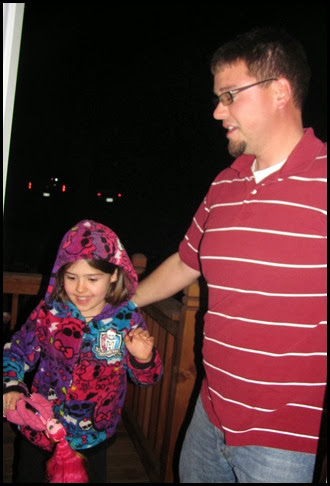 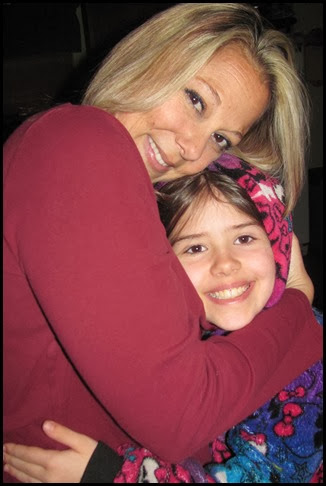 They are some of the greatest friends we have in our lives. They have stood by us from the moment we met them. We miss them so much, and we’re so happy that we were able to hang out with them a couple different nights. Pictured below is Nic, Uncle Jedi, Autie Tiger w/ Cindy and Me, and in the front with have cousin M&M’s and MHG. I’m so glad that we not only have their friendship, but their love, respect and support as well. 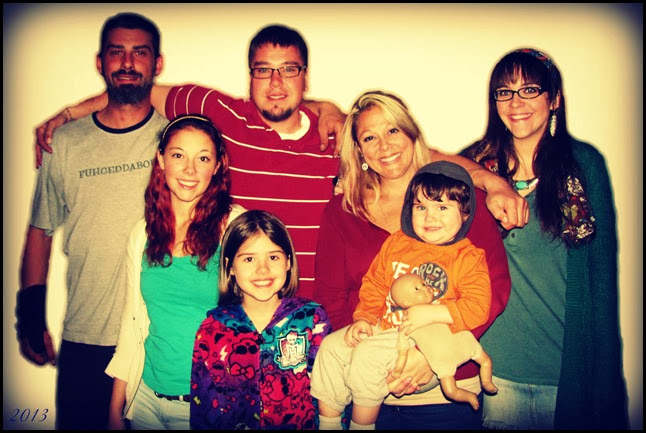 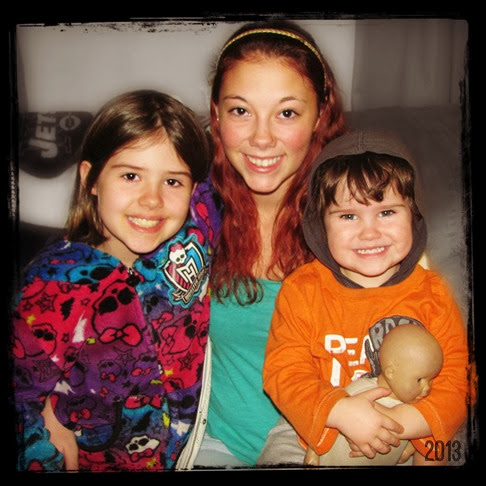 (Tiger, if you want the original and unedited copies of any of these, lemme know and I’ll email ‘em to ya.)

EVERYBODY that knows Cindy and me, will say that she is DEFINITELY Mommy’s girl. I attribute that to nursing her for the first 2 years of her life, baby wearing her the first 15 months of her life and co-sleeping (even still). Well, it came as quite a surprise when M&M’s put her in her car seat to go bye-bye and Cindy pitched the BIGGEST fit EVER over having to leave…not me, folks, but…M&M’s! I thought it was adorable that she had made such a tight bond with her. It’s pretty rare when she forms attachments like that to someone else. My heart broke for M&M’s. I knew exactly how she was feeling at that very moment. I feel that way pretty much every day when I leave our home for even 2 seconds. It sucked, but Dad said the second he pulled off with the girls, she stopped crying. Unfortunately, due to a conflict in our schedules, that was to be the last time those 3 girls saw each other (until we return again).

Side note: M&M’s, Cindy loves you very much. She always takes your picture outta my wallet and says your name (as best as she can) and hugs your picture. It’s absolutely precious! We can’t wait to see you all again sometime soon hopefully!

After they left, we busted out the beer and Mike’s and played quite a few games of darts. I absolutely suck at darts by the way, but Jedi and Tiger’s coaching did help me improve pretty well. However, even after my “improvements” I still sucked. That’s ok though, because all that matters is that we won had fun! We always have a good time with them! 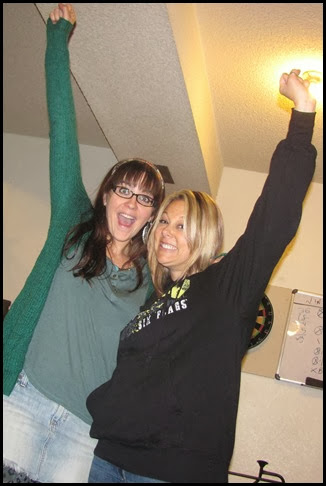 Tiger looks like she’s thinking “I’ll smile to appease you Zoe.” and I’m all “Holy cow! That just happened!” (I never win anything.) 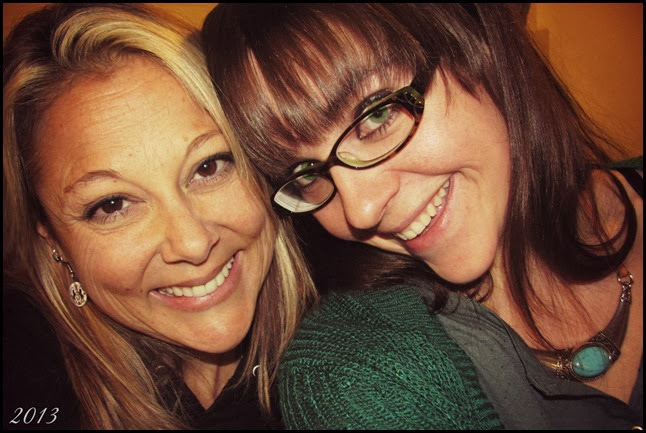 We played girls vs. boys. 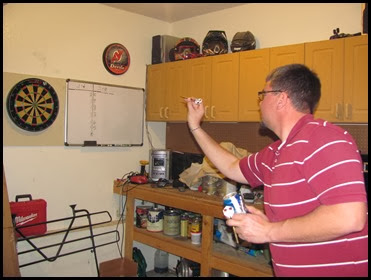 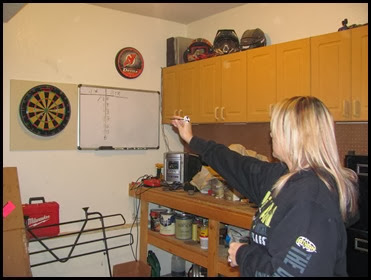 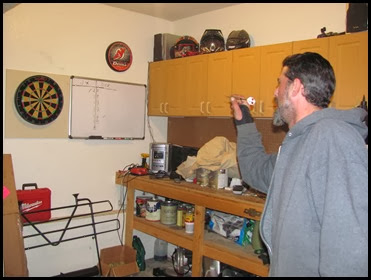 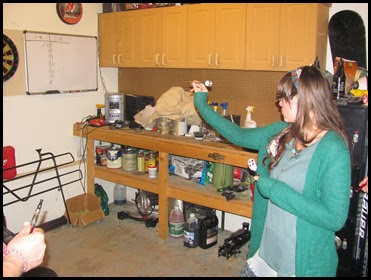 Hammin’ it up for the camera I see… 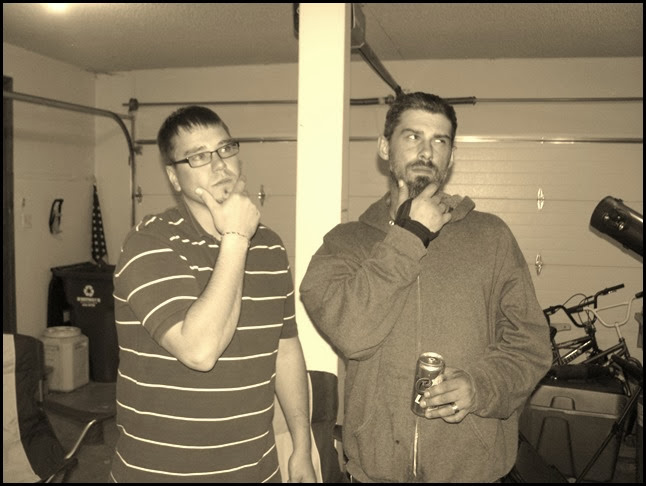 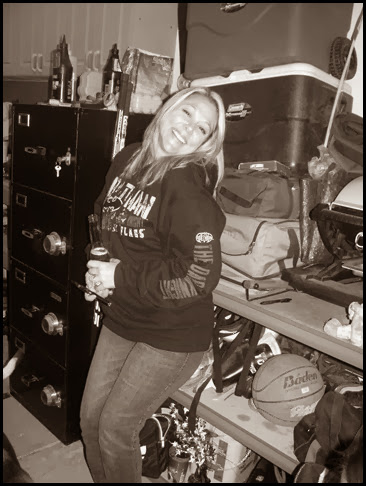 In case anyone was wondering, I only had 2 Mike’s over the course of several hours and I had stopped drinking hours before we left. I do not drive drunk…you can refer to my post: Colorado! It’s Good To Be Back! to read my thoughts on that very topic. Nic and I hit up good ol’ Albertaco’s at 2 in the morning for a 4th meal, then headed back to our RV to hit the sack. On the way there though, we realized that our thermostat in our truck had started to go out. Ugh. Aside from that, we had a truly delightful evening with our friends!

We love you guys very, very much!!! Tomorrow, we have another crazy-busy day ahead of us. We’re gonna see Grandma and MHG’s BFF and Grandma again! So much to do, so little time!