Saturday, June 29th, we spent a good part of the day playing a lot with the girls. Cindy was enjoying the heck out of her new car. Ahdoo gave her lots of rides, pushing her through the puddles and making her catch air at times. 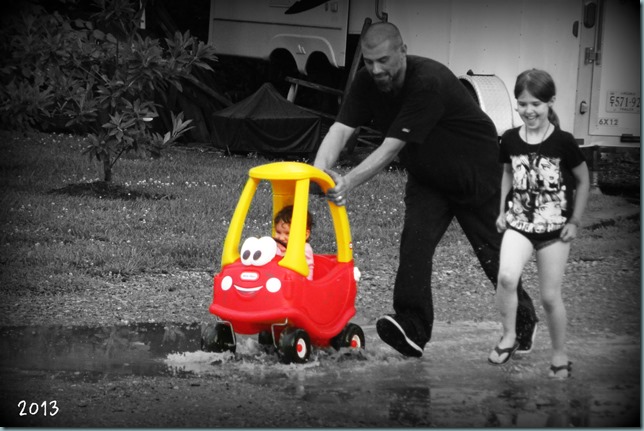 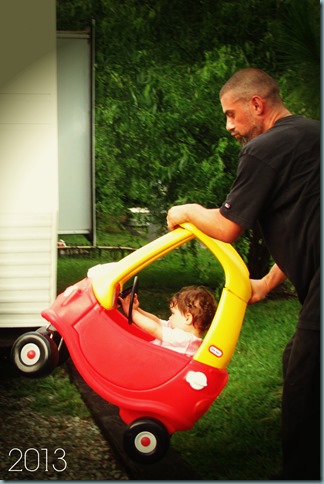 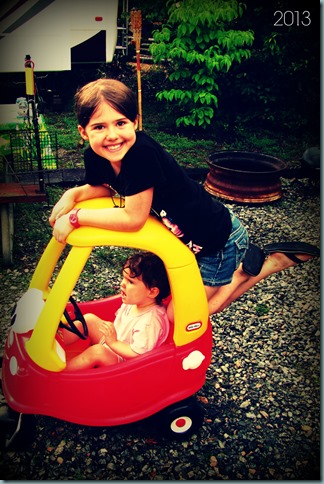 On Sunday, the 30th, we went to the Bass Pro Shops. Since coming to VA last year, Ahdoo has taken to fishing. He talked about this store often, so we finally got a chance to see it for ourselves. It’s like a freaking mall for men, lol! 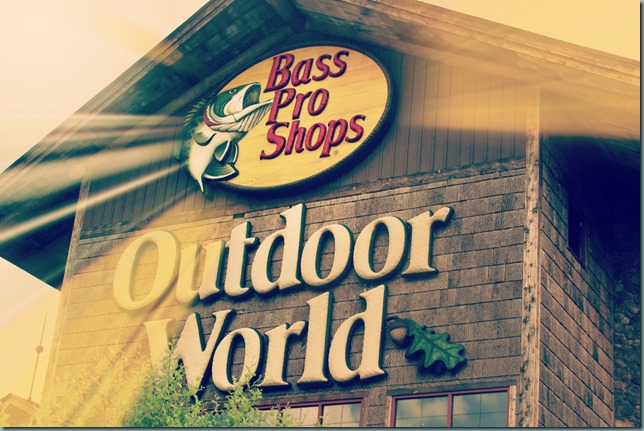 Outside of the store, there was such a beautiful pond, with all kinds of different fish swimming in it. What I loved the most, were all the lily pads, with their simple, yet stunning water lilies residing on top. They seem to have such a peaceful existence. I could have photographed them all day. 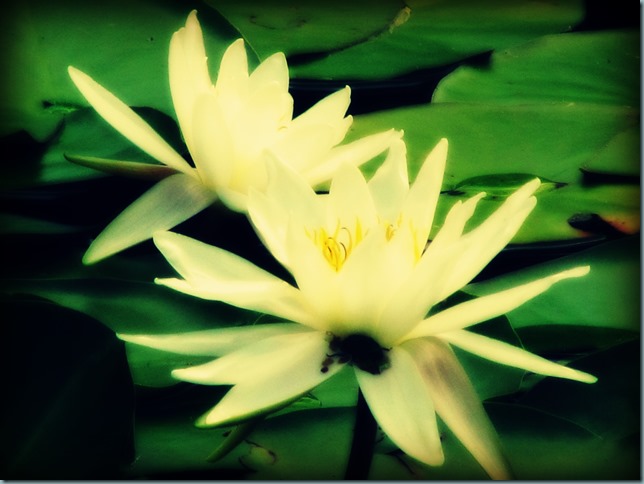 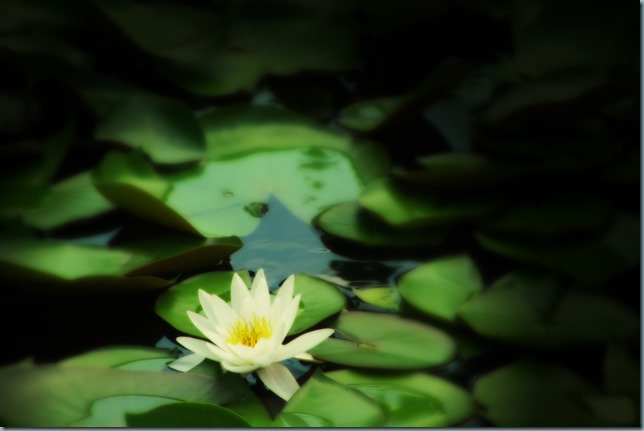 Once on the inside, we enjoyed spending time checking out their massive aquarium, seeing what kinds of stuff they sold (really cute boho women’s clothing, btw), and most importantly, having a blast at the laser rifle range doing some target practice. MHG had better aim than most of the boys she was up against. I was so proud. Before we left, I got an adorable boho blouse. It has 3/4 length sleeves, so it’s a little too hot to wear it just yet. 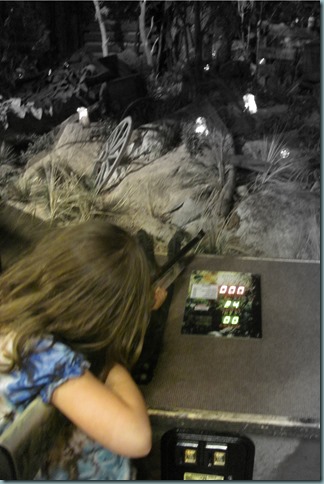 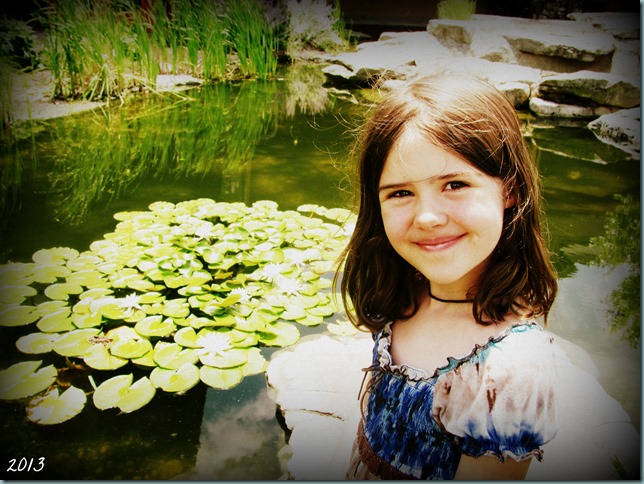 In the afternoon, Ahdoo took us to HIS warehouse to see where he works, how he runs the show, what everyone does, what the meters look like, and what-not. It’s one thing to know what he does, and hear him talk about it…but it’s a completely different thing to actually get to see it. I was impressed with how important he and his job are. I really enjoyed the boss’s (his) rules for the crew…especially the last one. He originally ran a crew of 20 guys, but now that the project is wrapping up, he’s got it whittled down to just 6. 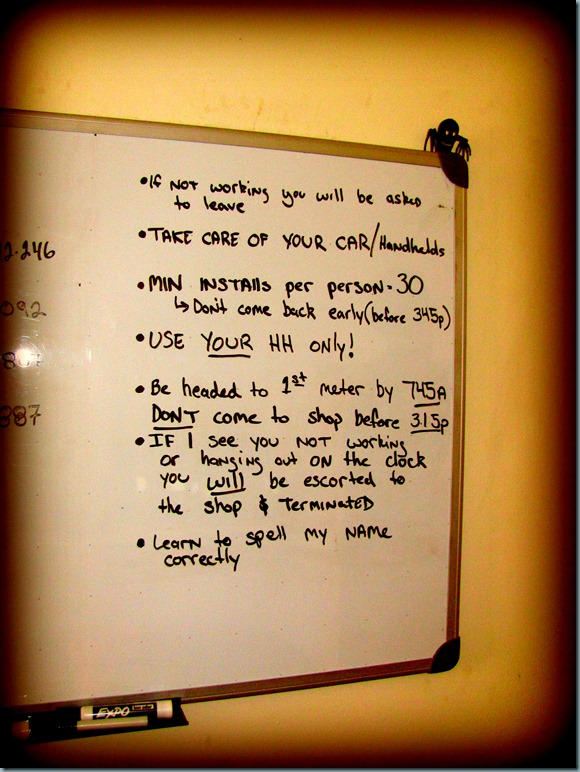 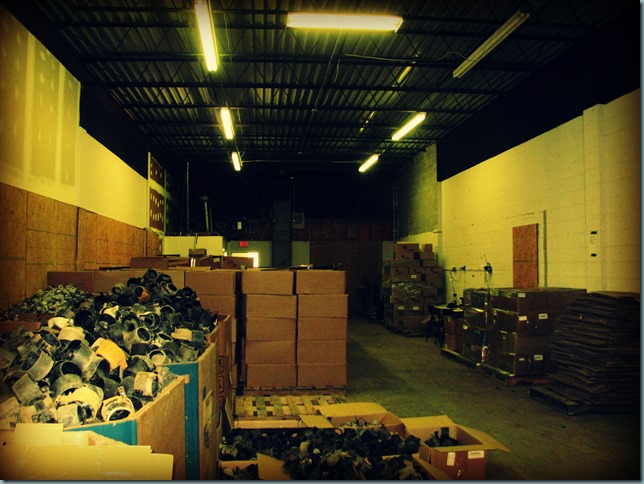 Later that week, we enjoyed some more fun in the sun… 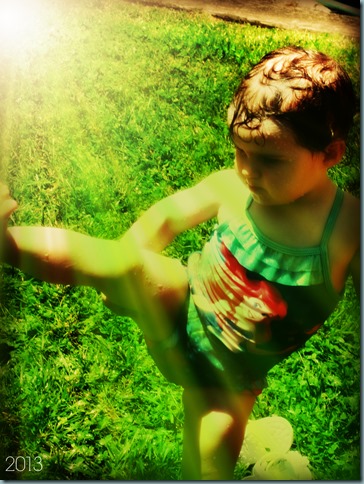 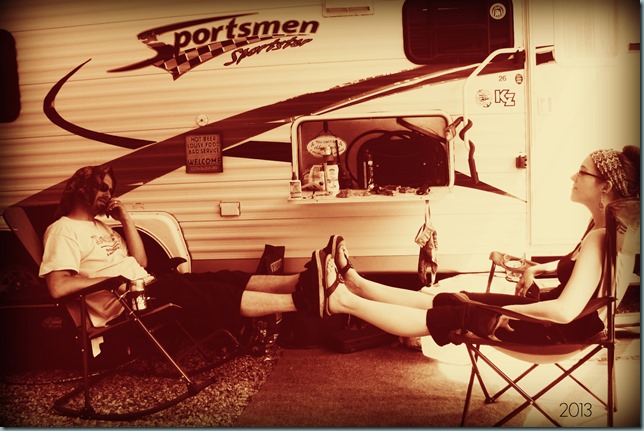 …and went to Cracker Barrel for dinner one night. MHG was pretty adamant on catching a duck, outside the restaurant, but to no avail. Dinner, however, was much more successful…and delicious. 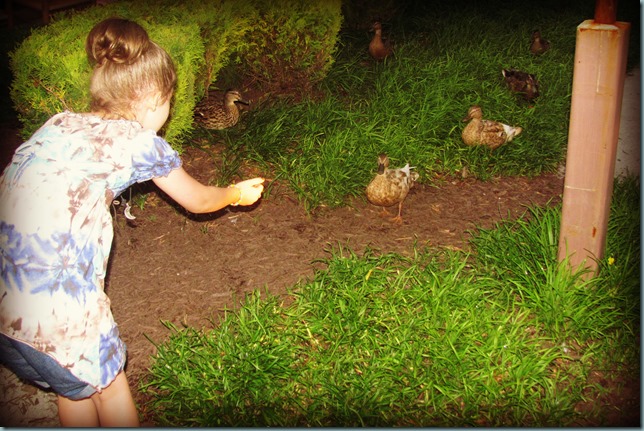 Finally, we were blessed one evening with a fantastic downpour. The girls were both asleep and Ahdoo and I were out talking and sharing our hopes and dreams for hours (as we do every evening). I had a sudden urge to run out into it. I danced and danced and spun around in circles forever it seemed. It was so refreshing and rejuvenating, and it was exactly what I had been needing for so long. 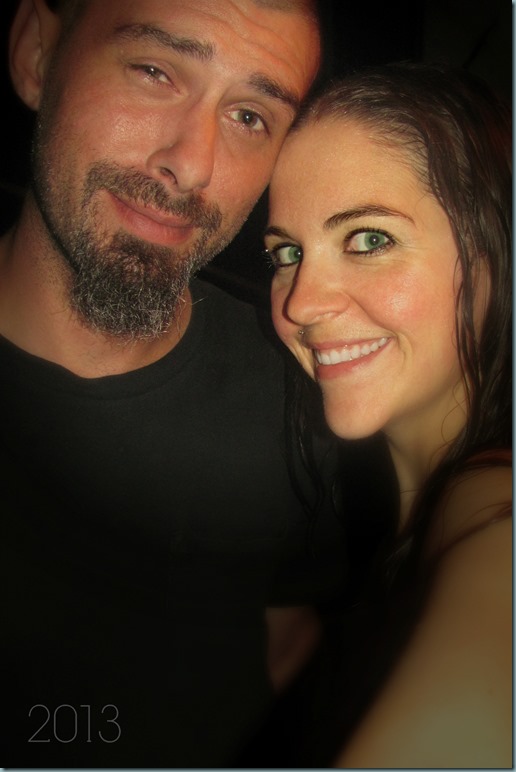 (That silly face is because I had to get him all wet to take the pic of us.) 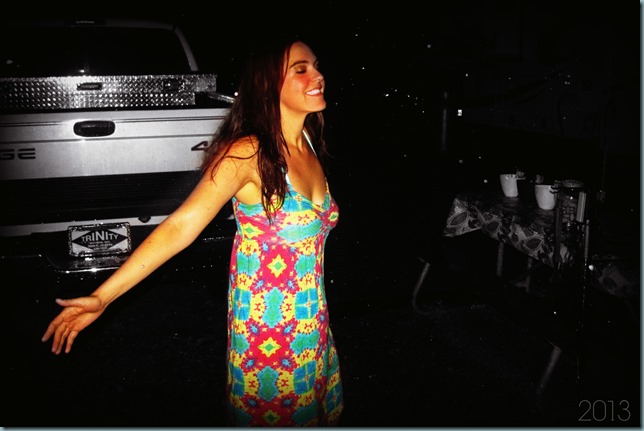 My spirits were immediately lifted…the past few months that have been so overwhelming and hard, were erased in just minutes by the rejuvenating water.
My newest declaration: I will make an attempt to dance in the rain at least once a week (as long as we are somewhere that has it).
Posted by The Boho Hobos at 10:34 AM