West Virginia: Can We Stay Here? 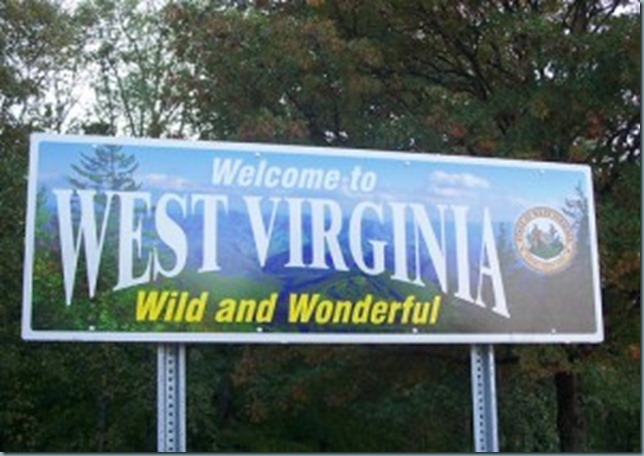 Oh my goodness, this state is the most gorgeous state I have ever seen in my life!!! I’m pretty sure the only state’s trees that could rival its awesomeness, would be the giant Redwoods of Northern California. Now, I know that each and every state has its own strengths and varying degrees of beauty, but I was utterly breathless from West Virginia’s scenery the entire time we drove through it…which wasn’t long, btw. It’s a relatively smaller state. We drove through the city of Charleston, WV. We crossed over so many bridges, which were just continuously snaking over the same river. In Kentucky, I looked at its state magnet and noticed it was called “The Mountain State”. Being from Colorado and actually living in the Rocky Mountains, I chuckled to myself and said something along the lines of “I doubt that”. I take it back. We only stuck to the interstate, but from what we saw, the entire state was surrounded by mountains. It was like we were constantly on a highway down in a valley, completely surrounded by mountains of trees, in any direction you look. For all I know, the rest of the state could be not much to look at, but oh my, what I saw was breathtaking. I will say that there were no “peaks” of snow capped mountains, nor any tree lines where the mountain is too tall and oxygen is limited, so hardly anything grows, but other than that, they were definitely mountains…just not as tall as we’re used to. The first and only city we drove through was Charleston. It looked like a cute little city. 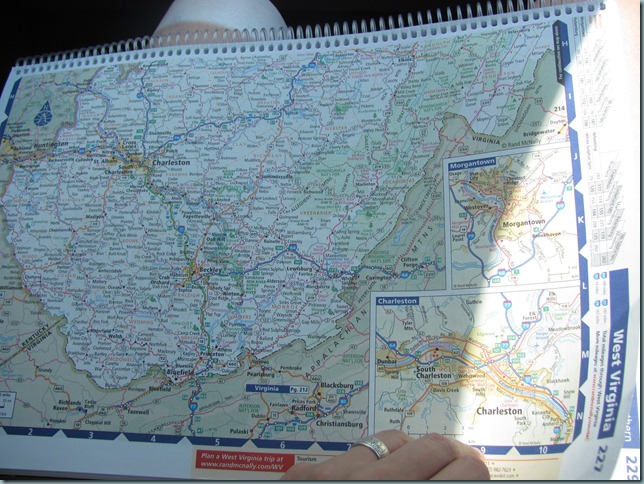 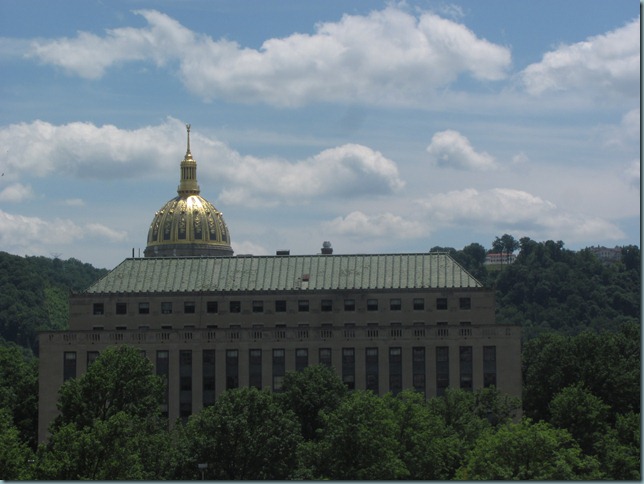 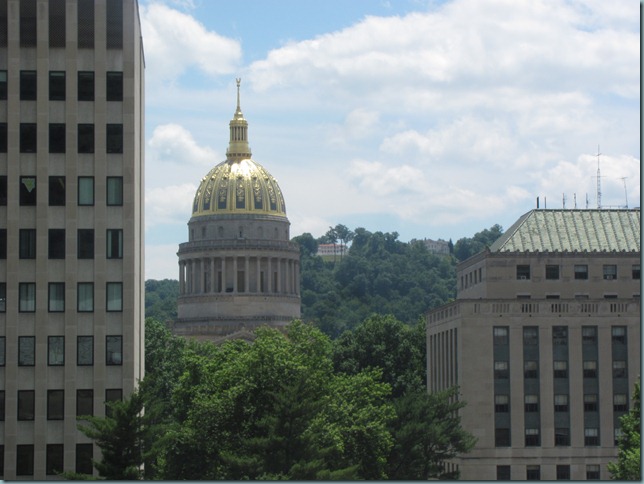 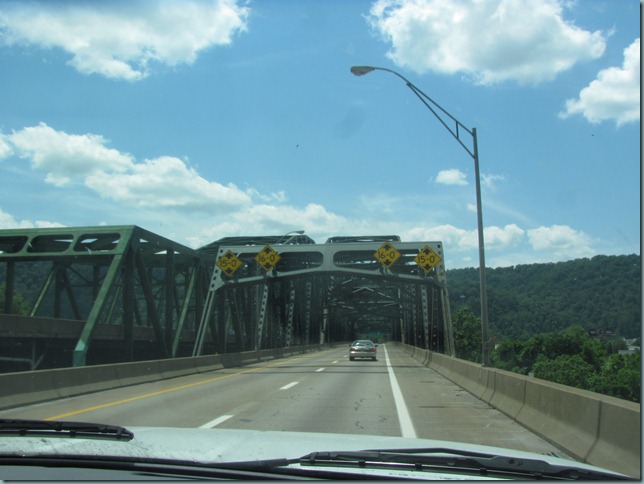 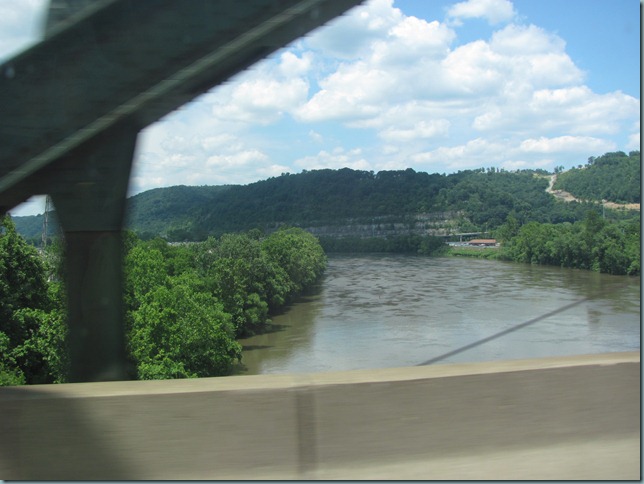 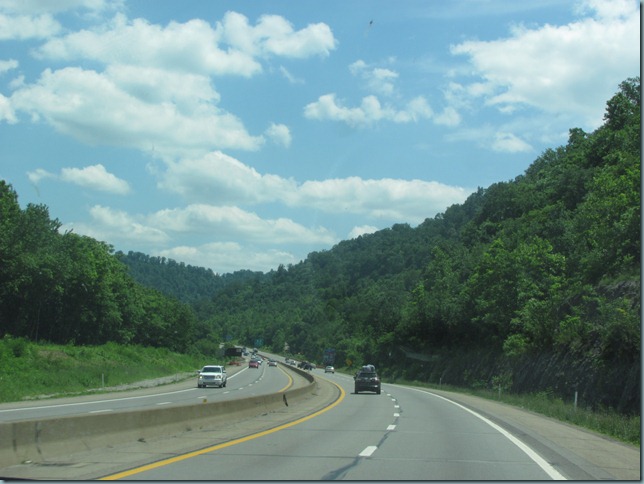 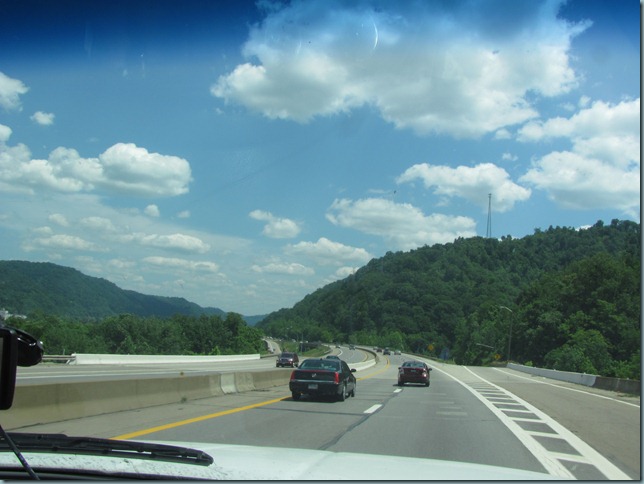 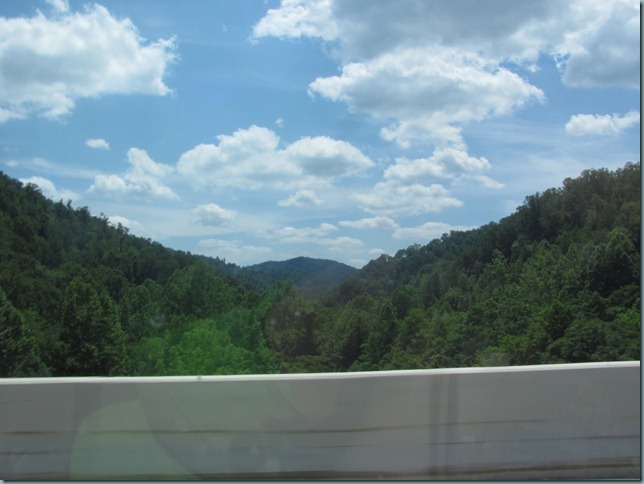 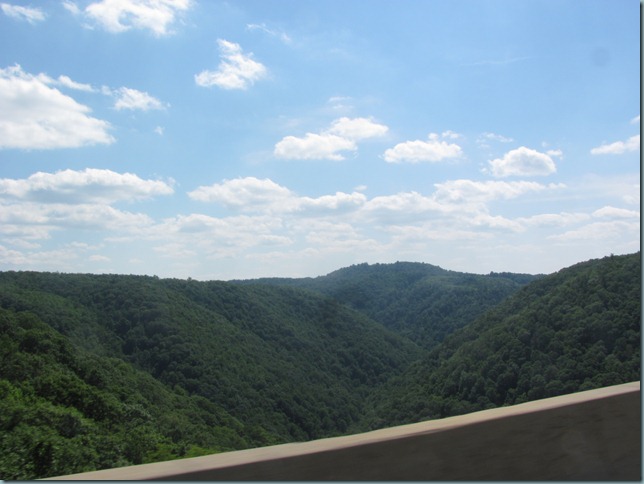 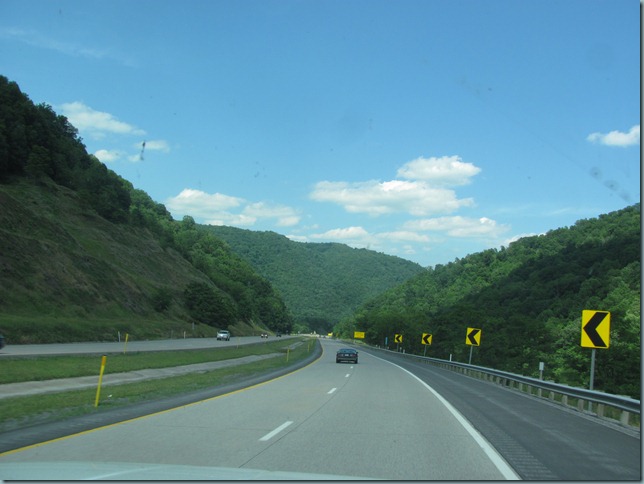 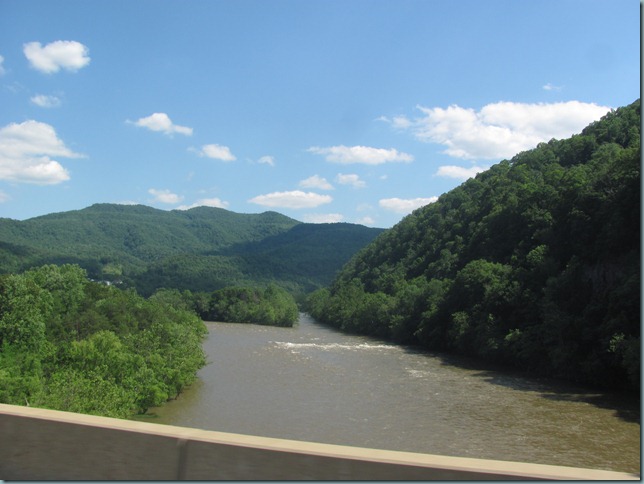 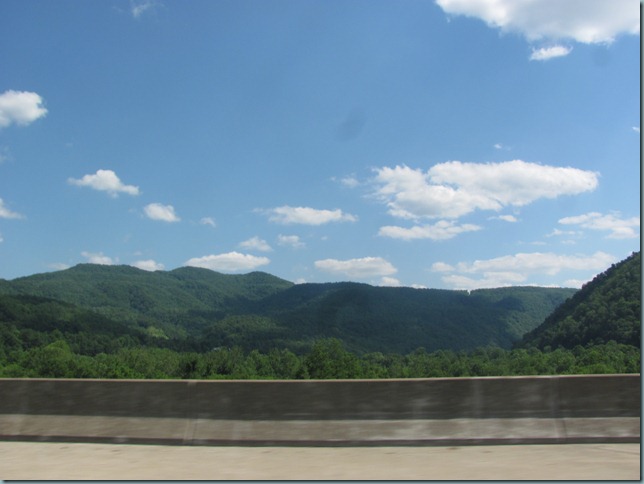 Farewell West Virginia. I hope to visit you again sometime soon and hopefully for a least a couple days!!! I could get lost in your mountainy, jungle goodness and be happy as a clam. I would love to see your Appalachian Mountains in Autumn, with all their colors of the rainbow!!!