Ahdoo spent a decent amount of today going through his personal effects. Since he’s been working all week, he hadn’t had the opportunity until now. I helped the girls organize and sort through their toys and clean up their room so we could all stay out of his way. Once he was done with that, he went outside and started pruning the trees and bushes behind and next to our RV. It is like a forest back there, but now there’s plenty of room to roll out the yoga mat and do some Sun Salutations as I watch the sunrise.
We switched the awning into carport mode, but doing so, requires us to stake the feet down, otherwise a really good storm could make us wish we had. We headed to Wal*Mart, and once there stocked up on tent stakes, a 50 foot expanding garden hose and a pretty new dress for me. :) We also finally bought some Tiki torches and some citronella to wage war on the little blood suckers.
After we got back, the girls changed into their swimsuits, I into my new dress, we hooked up all the hoses so we could set up the sprinkler and had some good ol’ Summer fun. 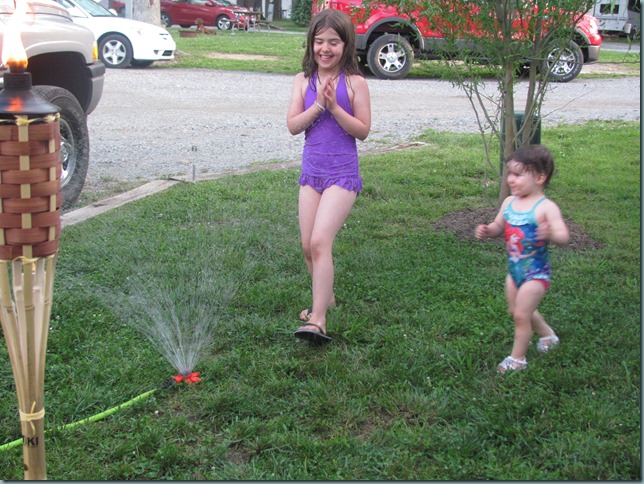 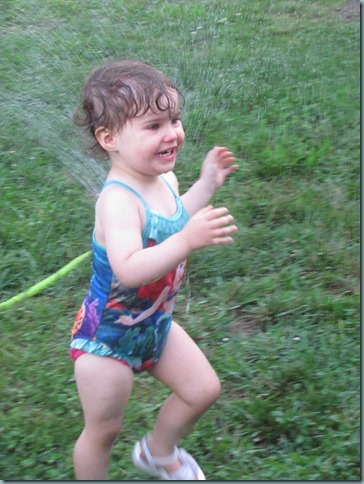 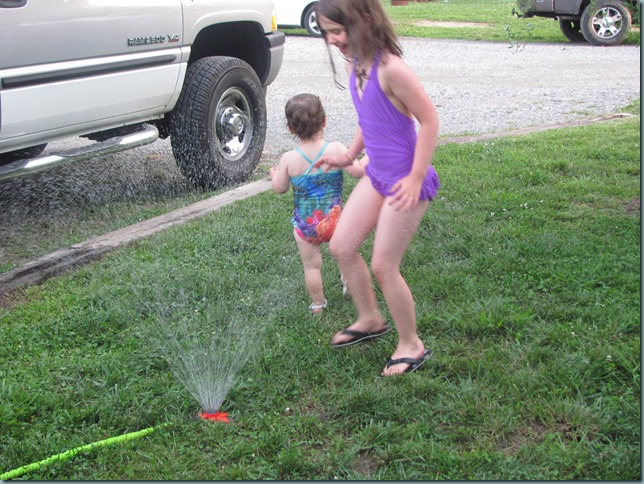 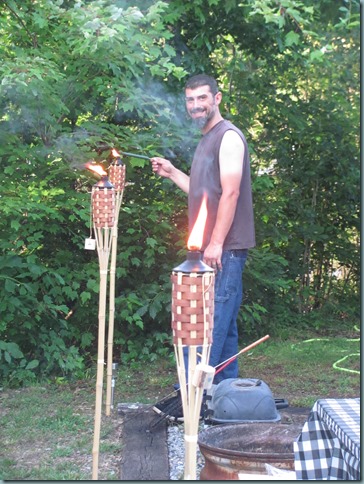 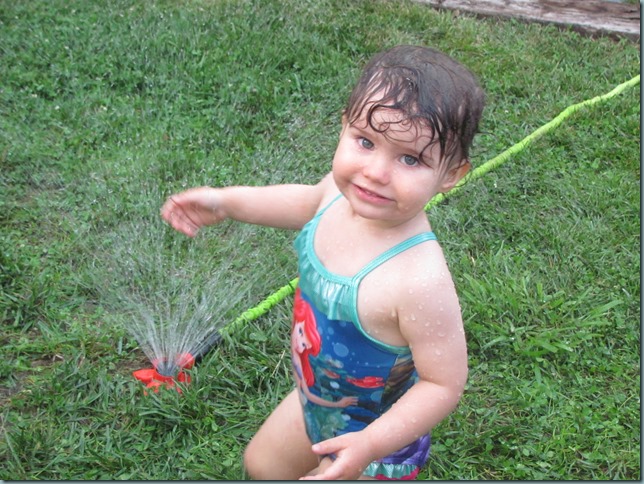 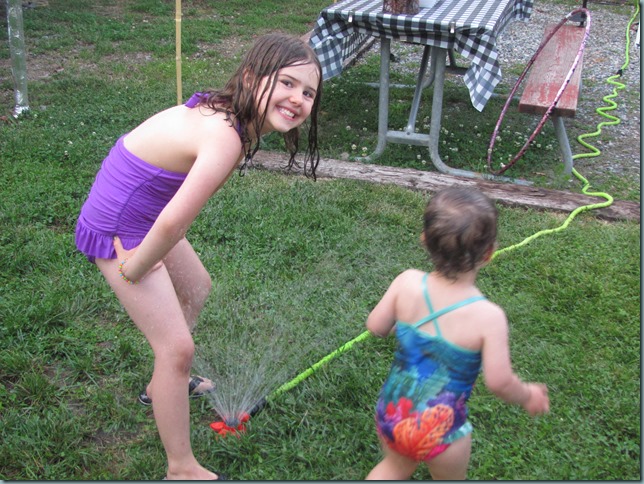 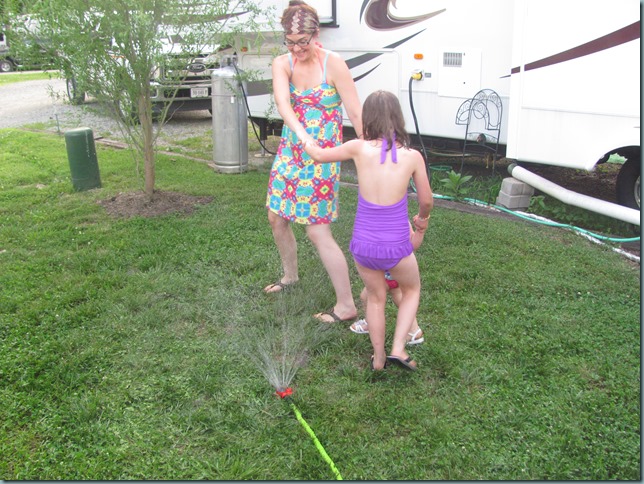 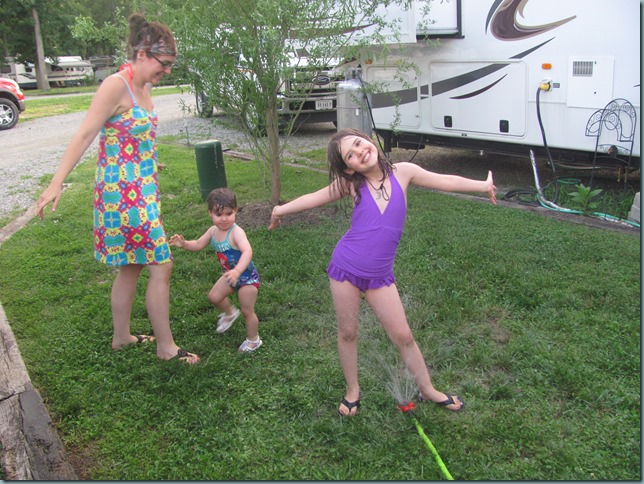 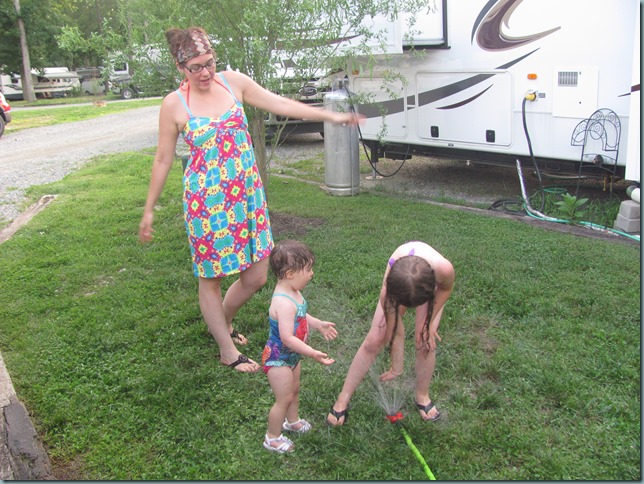 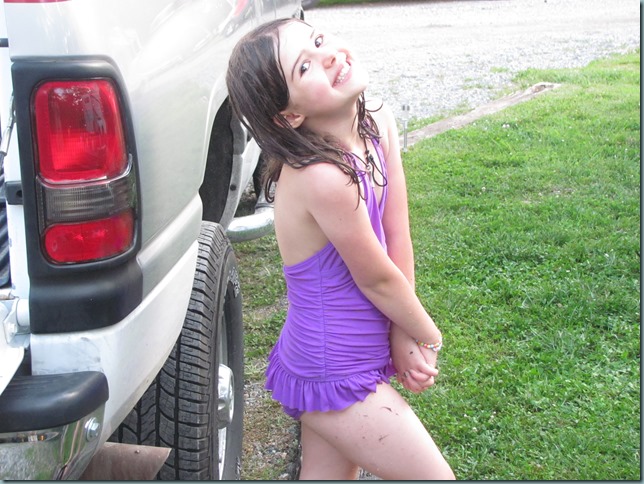 Later, we cleaned up, bbq’d again (it’s so hard not to when you pretty much live in camping mode, lol), and once the girls went to bed, we whipped up 2 pina coladas and enjoyed our new Tiki torches. 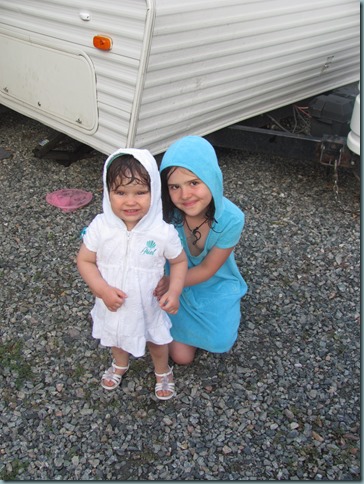 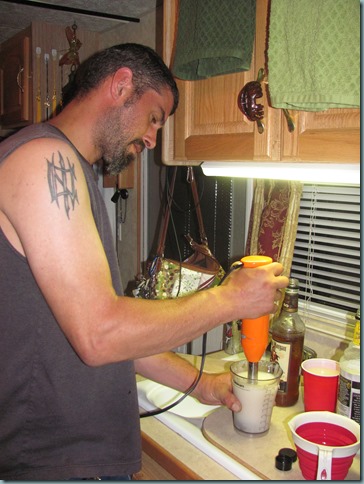 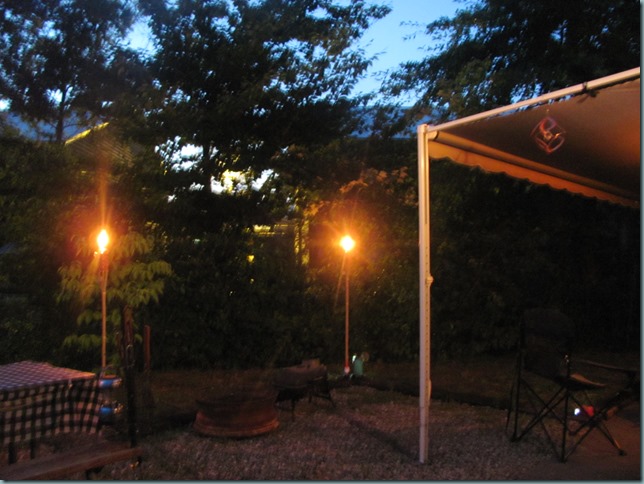