I Can’t Think Of A Clever Title For Kansas

It is such an incredibly powerful sight to see, to see fields and fields of wind turbines. It makes me proud that we as a country are utilizing additional forms of energy. I get just as giddy to see the fields of solar panels on the Air Force Academy. Hell yea America! Let’s keep it up! 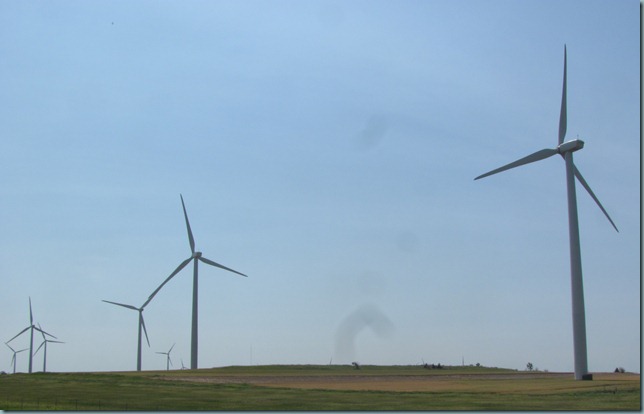 Chasing the darkness. We drove another 2 hours in the dark until we nearly hit a deer and decided to stop before Salina. We were trying to make it halfway through Kansas, but we were NOT trying to kill ourselves. 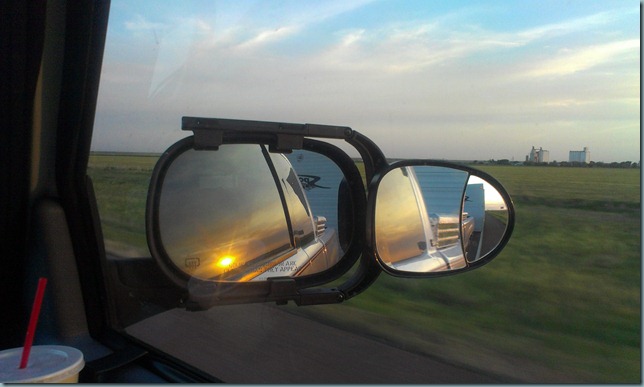 We stopped for the night in Russell, KS at an RV park called The Triple J. It was a wonderful place. We pulled in around 11, they have a 24 hr staff, so someone drove us to our spot to let us know where it was. We had full hook-ups with no issues, it was a quiet park with a cute playground. They also had putt-putt golf, but we didn’t stick around long enough to play. 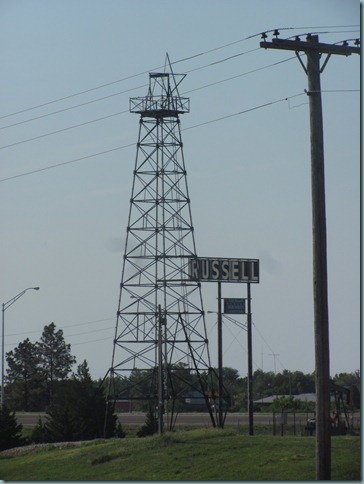 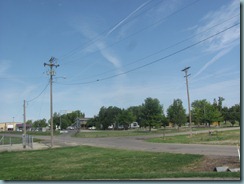 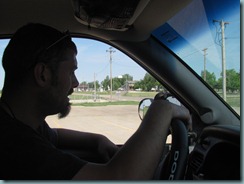 After we pulled out of the park and into the gas station next door, we popped our left sway stabilizer bar AGAIN for the FIFTH time!!! Now, DH was getting p***ed off! He happened to have some hose clamps in his “garage”, so he popped one on that stabilizer and it never popped off again…but this time the right one did, while we were trying to get back on the Interstate. He pulled over, for the LAST time, clamped the right stabilizer, and we never had issues ever again. Talk about irritating!!!

We were minutes away from Kansas City, so we stopped at a Wendy’s for lunch, let the boys in the RV to do their business and stretch their legs, and enjoy the sticky air. ;)
Kansas City ended up being the worst city we ever drove through. It probably didn’t help that we hit it during rush hour. 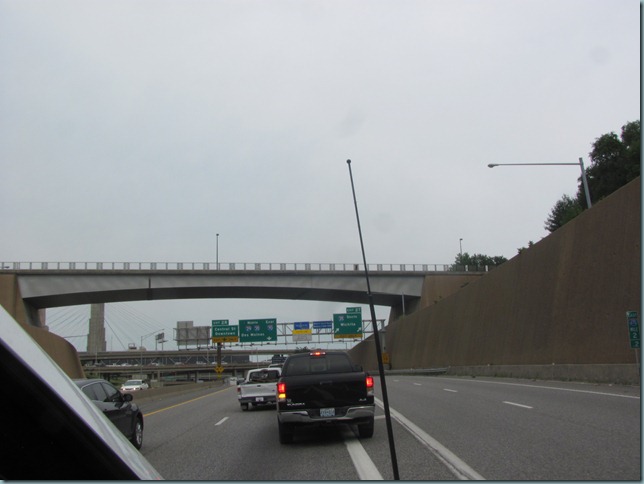 5 Minutes before we merged with all the traffic…
Posted by The Boho Hobos at 12:53 PM