On Sunday, Papoo came up to visit. We went into town to eat at a local restaurant, Grandmother's Kitchen, and it was delicious. The girls ate really good, then we went across the street to check out the Dinosaur Resource Center. We've passed that place a million times while heading up to go camping and I've always wanted to check it out. It ended up being a REALLY cool place and we all had quite the enjoyable time. 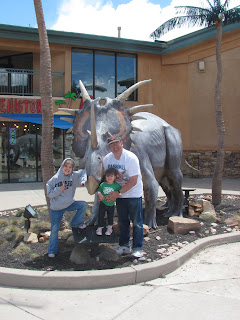 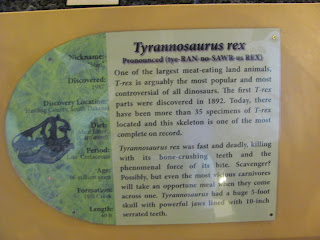 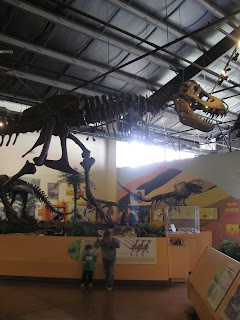 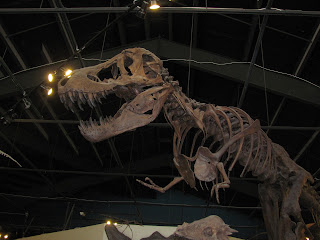 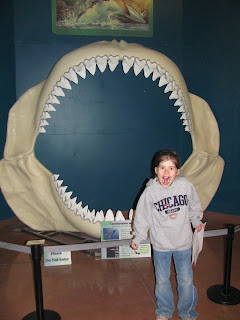 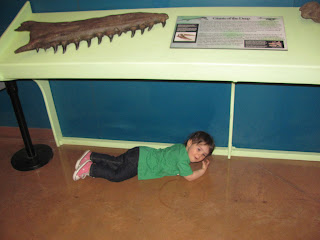 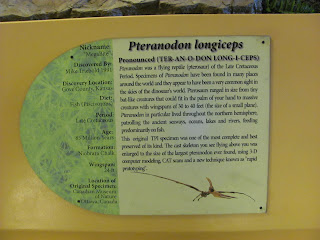 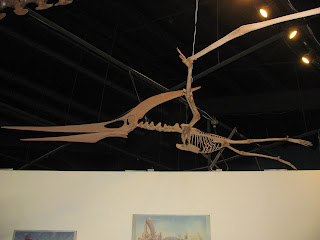 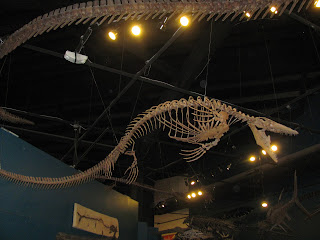 We did some fossil rubbings, dug for dinosaur bones, watched an informative video on extinction and even touched fossilized dinosaur poop. That last thing had the eldest in stitches, especially because I was the one that touched it.  She refused, lol. 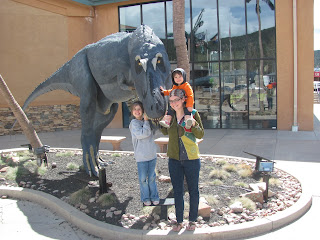 After we were done seeing all the cool dinosaurs (and there were a TON, I just can't put ALL the pics up) we visited the gift shop for a few take-home momentos. My eldest and I each got an Ammonite which Wikipedia states as being: "
Ammonites /ˈæmənaɪts/ are an extinct group of marine invertebrate animals in the subclass Ammonoidea of the class Cephalopoda. These molluscs are more closely related to living coleoids (i.e. octopuses, squid, and cuttlefish) than they are to shelled nautiloids such as the living Nautilus species. The earliest ammonites appear during the Devonian, and the last species died out during the KT extinction event." 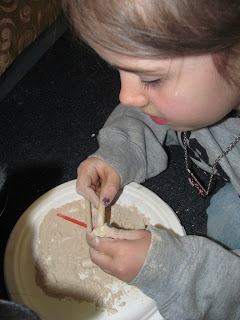 She also got some dinosaur color by numbers sheets and a dig for "gold" kit. She ended up digging out two pieces of Fool's Gold "Iron Pyrite". She was pretty sure that was the coolest thing ever, lol. 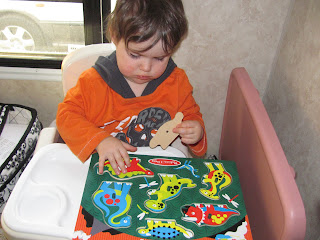 Cinderella got a puzzle which kept her entertained for quite a while. She really enjoys puzzles and is very good at them! 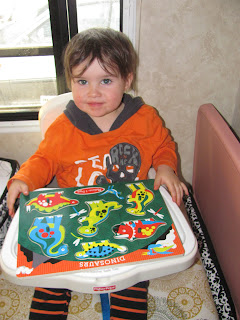 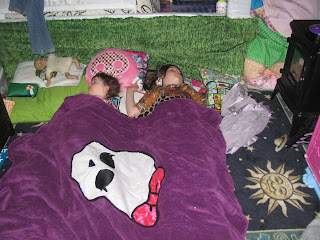 By the end of the day, after Papoo left, these two were so pooped that they insisted on sleeping on the floor. About two seconds after they made their makeshift bed, they were out cold. It was a very fun and educational day!

Thanks Papoo for a great time!

For anyone interested in checking out this place, here's their website: The Dinosaur Resource Center in Woodland Park, CO
Posted by The Boho Hobos at 11:06 PM